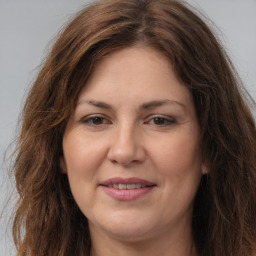 Rosa Smith
What are some of the advantages of blockchain for supply chains? Here we dive into the idea of an improved database, and the concepts of immutability, visibility and the verification of sustainability.
Share this article
About the author

Rosa Smith
Experienced author in blockchain technology and its capabilities. In her spare time, Rosa likes to take her dogs for a walk at the park, and listen to blockchain podcasts.

Blockchain technology is still associated primarily with cryptocurrencies. As its utility expands into other areas though, one that is increasingly generating discussion is the supply chain.

Modern supply chains are already being made more efficient by a number of digital processes and automated features. And there are some reasons to believe that blockchain integration could further improve them.

Almost every functioning supply chain involves a database of some kind. Its purpose is to track and store any and all data relevant to the supply chain’s performance — both for record-keeping purposes and for analysis and adjustment. In many cases though, this sort of database may only be maintained by a single person, department, or entity involved in the process. As such, it can eventually be corrupted by inaccuracies, or even influenced by bias.

In contrast, a blockchain essentially functions as a decentralized database. It can be made to store all of the same information, but that information can be added by people or systems at all points along the supply chain. The information is secured by numerous parties (which we’ll discuss in a moment), meaning there is no single point of failure for a hacker to exploit.

This point dives into the idea of a better database, but should still be mentioned separately. Our piece on ‘Linking The Physical World To The Blockchain’ discussed immutability, and essentially related it to the notion of data integrity.

A decentralized blockchain functions by way of the confirmation of entries; different people and entries control “nodes” within the system, and essentially vote on whether or not to confirm new information. Once those confirmations are secured by a majority, information is recorded in such a way that it cannot be reversed. Thus, the blockchain as an evolved database is not just decentralized, but also nearly incorruptible.

The idea of improved visibility has less to do with the very nature of blockchain systems, and more to do with how much information can be plugged into them. FXCM examined numerous blockchain applications beyond cryptocurrency and touched on this concept when addressing “smart assets” and supply chain management. As they put it, we can gain significant insight into a supply chain by recording information and “displaying this data on a digital ledger.”

In short, a supply chain implementing blockchain technology can also put new standards into place regarding the logging of information — from production, to shipping, to the point of sale or distribution. In the past, it was difficult to track this much information in a meaningful way. But on the blockchain the process can be simplified, ultimately leading to a great deal more insight into the full process.

In past decades, sustainability wasn’t always a primary concern in supply chain management. Now, however, it’s more important to companies and consumers alike. And blockchain technologies can help supply chains to better implement sustainable practices. Companies now have the possibility to add sustainability data to every stage of the supply chain, including metrics such as carbon emissions.

An article in GreenBiz highlighted that the blockchain could record tracking information that would identify risks to product integrity. Similarly, blockchain data collected on shipping operations could help to make those operations more efficient and less wasteful. Frankly, there are a number of exciting potential applications in this space, such that it’s fairly clear blockchain tech can have a positive impact on sustainability overall.

Best of all is that these direct benefits would also, in theory, lead to others. Employees at all levels of the supply chain would benefit from the amount of data gathered, especially when it’s aggregated along the entire supply chain. This would offer them greater opportunities for analysis; with the improved efficiency likely to help lower costs.

That’s not to say there wouldn’t be challenges. Implementing blockchain technology can be a fairly involved process with significant learning curves. Ultimately though, the likely benefits to supply chains are fairly clear.