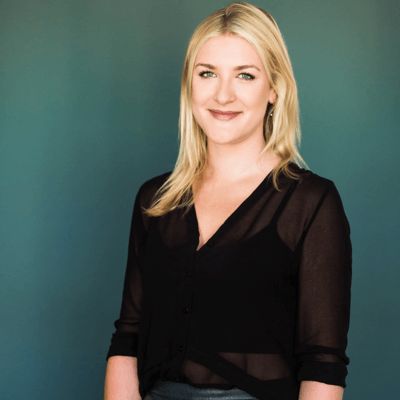 Ella Cullen
Minespider & Murdoch University's Third Commission on Africa organized the first Blockchain, Transparency, & Africa Conference in Berlin on the 5th of October, 2018. The conference opened with a keynote from Peter Eigen, founder of Transparency International.
Share this article
About the author

“There was an absolute consensus of all ten members of the Africa Progress Panel, that it is poor governance globally, but particularly in Africa, which is holding back development.“

Consensus and governance are words that have taken on a life of their own in the blockchain ecosystem. However, in their truest sense, they still pertain to same problems that have pervaded our societies for centuries.

To discuss how we could use blockchain to solve some of these issues, Minespider joined forces with Murdoch University’s Third Commission on Africa, chaired by David Doepel.

So on Friday the 5th, in the relaxed Noise Fabrik space, we hosted an intimate event. Gathering African Progress leaders, blockchain experts, and a crowd of participants together, we spent the better part of half a day in animated discussion.

‘Blockchain, Transparency, & Africa’ opened with a keynote from Prof. Dr. Peter Eigen, Co-Chair of the Africa Progress Panel and Founder of Transparency International. Beyond his impressive accolades, his speech showcased decades of experience in Africa, predominantly as a World Bank Manager. Yet it was a very honest dialogue, one that didn’t ignore the struggles and ‘white hair’ that his experiences have given him. He went onto share Africa’s plight and his hope that cutting-edge technology, such as blockchain, may be able to help.

Next on the agenda was our panel discussion; ‘Blockchain’s potential to transform African mining, agricultural, & banking practices.’

The latter was covered by Biniam Asnake, founder of Beya Tech, a payment and money transfer app focusing on the Ethiopian market. Nathan Williams, founder of Minespider, and Tanya Matveeva, a mining industry expert from Behre Dolbear, discussed their experiences with Africa’s ‘resource curse’ and how blockchain can bring transparency to an otherwise opaque supply chain. Finally, Husam Al Dakak discussed AgUnity’s initiatives to empower sustenance farmers, including providing them with mobile phones so they can access the AgriLedger Dapp more easily.

Dropping in via Skype was Devon Krantz, Managing Director of Linum Labs. In true decentralized fashion, she was working with her distributed team in Indonesia. Linum Labs is a software studio for blockchain architecture and Devon explained how they’re supporting decentralization and blockchain projects from the agricultural, finance, telecommunication, and electricity sectors.

Next up was Maximilian Jarrett, Senior Special Adviser of Africa Progress Group. His powerful presentation reminded us of the dismal conditions in which a huge portion of the African population find themselves, how it came to be that way and a more optimistic idea of how this continent could adopt blockchain to pioneer a new age.

Rounding up an enthralling afternoon, was Franz von Weizsäcker, Head of Blockchain Lab of the German Association for International Cooperation(GIZ). Franz discussed some of the most promising blockchain applications they’re looking into — ones that are central to achieving the United NationsSustainable Development Goals (SDG). At present, they are analyzing 15 potential applications and have even begun rolling out a few pilot programs.

Despite Africa being faced with seemingly insurmountable challenges, the day was filled with optimism about blockchain’s many potential applications. For the first time in history, the status quo of centralized power, money laundering, and corruption could well be overcome by blockchain’s promise of decentralization, transparency, and immutability.