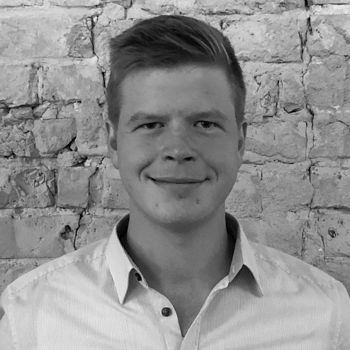 Christian Ecker
Artisanal or small scale mining (ASM) operations can wreak havoc and destroy entire landscapes, rendering any alternative attempt at making a living from the ground futile. At the same time, it can be a source of income for entire communities. In the first blog in our ASM series, we discuss what ASM is and why it impacts us on a global scale.
Share this article
About the author

Christian Ecker
Christian is a Project Manager at Minespider. He focuses on the implementation of traceability processes and sustainability policies, with an interest in local-level human rights & environmental impacts.

Did you know there is an illegal billion dollar industry, conducted everywhere from the rainforests of Latin America to the heart of Africa? An industry whose export value surpassed that of cocaine in Colombia and Peru in 2016?

As a result of ever increasing prices of gold, coupled with the so-called “War on Drugs”, illegal gold mining is now often more profitable than drug trafficking, generating about US$2.4 billion in 2019 in Colombia alone.

More disturbingly, it is responsible for about 10% of the Amazon’s deforestation and contaminates thousands of waterways with poisonous chemicals.

The movie Rivers of Gold by the Amazon Aid Foundation will give you a heartbreaking first insight into the situation.

This gold is extracted by artisanal or small scale mining (ASM) operations. While a popular example, gold is not the only mineral extracted by ASM, and Latin America is not the only region. Also, while often illegal, informal, and unregulated, ASM is not illegal per se and often the main source of income for entire communities.

What is Artisanal and Small Scale Mining?

We all have seen images from large scale mining (LSM) sites, operated by global corporations like the BHP Group, Rio Tinto, or Vale. They often cover great amounts of surface area (open-pit mines) or go to great depths (underground mining), and have long life cycles and production phases. The largest open-pit mine, the Bingham Canyon Copper Mine in the US, reaches a width of about 4 km and a depth of 1.2 km. It has been operating since 1906 and is expected to yield ore into the 2030s.

By contrast, ASM sites are smaller, have shorter life cycles, and often grow organically after the first discovery. Individual miners might work together to exploit a site, or a lead miner hires workers to extract the ore. ASM can also be organized into companies or cooperatives.

It is challenging to come up with a coherent definition of ASM as reliable figures are hard to come by, scarce, and quickly outdated. Common approaches focus on the lack of access to capital, the amount of output, and the degree of mechanization to distinguish between LSM and ASM, and between artisanal and small scale.

But let us not get caught up in definitions here.

What we are talking about are miners employing rather rudimentary methods, ranging from excavators to shovels, to extract ore from the ground.

ASM operations can run seasonally (in alternation with farming) or full time, and often entire communities depend on it for their livelihoods.

The True Scale of ASM

The small size of individual ASM operations neither reflects their importance in the global market, nor their local impact.

ASM is practiced in roughly 80 countries — from Colombia to the Democratic Republic of Congo (DRC), from Sierra Leone to Indonesia. And in many of them, it is considered illegal.

The Intergovernmental Forum on Mining, Minerals, Metals and Sustainable Development (IGF) estimates that between 70–80% of small scale miners work informally.

To illustrate this figure, consider the following example: in 2018, the DRC officially exported 56 kg of ASM gold. The actual amount of gold sourced artisanally in the DRC is estimated to be 15–20 tonnes per year, leaving at least 14.94 tonnes unaccounted for. This gold is largely sourced informally, smuggled out of the country, or used to finance armed groups.

Delve, a data platform for ASM, estimates that there are more than 41 million artisanal miners. Overall, they support another 60 million people (such as their families), meaning about 100 million people globally depend on ASM for their livelihoods. They might be the largest workforce you have never thought about, yet they attract much less attention than the huge mining operations of transnational corporations.

Their contribution to the world supply of minerals and metals, however, is significant: up to 80% of sapphires, 20% of gold, and 20% of diamonds are sourced by ASM. Moreover, about 26% of tantalum and 25% of tin are sourced from ASM operations.

In spite of these numbers, geographic remoteness, middlemen, and the often informal or illegal nature of this business leave ASM operations, and the minerals they extract, mostly invisible in supply chains.

Why does this matter?

ASM can have devastating impacts on the environment and surrounding communities. Staying with the example of gold mining in the Amazon, in order to bind the gold in sediment, miners often use mercury, which is then disposed of in the environment. From there it travels up the food chain, poisoning animals and human beings alike. Health consequences include neurological damage, impaired vision, and malfunctioning organs. Other common problems include general pollution of water and soil, deforestation, and destruction of biodiversity. We will cover these ASM sustainability issues more comprehensively in an upcoming blog.

In the end, ASM is a complex trade-off: it can wreak havoc and destroy entire landscapes, rendering any alternative attempt at making a living from the ground futile. At the same time, it can be a source of income for entire communities. Therefore, any path to a more sustainable future, and any approach to solving the environmental and social issues around it, has to take into account the needs of all parties involved.

Given the complexities and challenges, it is imperative for everyone who cares about sustainable metals and minerals supply chains to look deeper into this sector — not only in gold mining but for all kinds of minerals.

This is why in the following weeks, we are going to cover some of the most important aspects of ASM in a series of blogs. Some of the issues we will discuss include: environmental sustainability, the use of mercury, regulatory approaches, ASM associations and certification schemes, development potential, and regional peculiarities and differences.

Join us on this journey to uncover the challenges and opportunities this sector offers us on a global scale.