It is designed to ensure responsible sourcing of “Conflict Minerals”, namely tin, tantalum, tungsten, their ores, and gold (collectively referred to as 3TG). These minerals have long been under international scrutiny, as they often originate in areas associated with high degrees of conflict and violence and therefore warrant increased levels of due diligence.

This EU Regulation endeavours to curtail the trade of such minerals that have not been demonstrably sourced in a responsible manner. What does responsible mean in this regard? Well, the law effectively obliges EU importers of those materials to conduct due diligence according to the OECD Due Diligence Guidelines for Responsible Mineral Sourcing from Conflict Affected and High Risk Areas (which we will refer to as the OECD guidelines from here on) — regardless from which country they originate.

The regulation comes at a time when European countries are adopting national legislation that compels companies to take a closer look at their supply chains in general. The UK’s Modern Slavery Act (2015), France’s Duty of Vigilance Law (2017), and the German discussion about a Supply Chain Law (ongoing) all testify to the important role global value chains and their sustainability play in the political arena.

The trend, it seems, is moving from voluntary measures (such as the Global Compact or the UN Guiding Principles on Business and Human Rights) to mandatory frameworks. The new EU Regulation continues that trend, while at the same time including many elements that are traditionally found in voluntary instruments, namely extensive guidance, capacity building, and stakeholder engagement. It is this combination of tools that make the new EU Regulation uniquely promising.

The most notable precursor to the EU Conflict Minerals Regulation is Section 1502 of the US’ Dodd-Frank Wall Street Reform and Consumer Protection Act, better known as Dodd-Frank Act. Passed in 2010, this landmark legislation was the first to lay out due diligence obligations for companies importing 3TGs from the Democratic Republic of Congo (DRC) or adjoining countries, namely those who share an internationally recognized border. The rationale behind this geographic demarcation was to avoid contributing to the civil war raging in the DRC and the spill-over effects in the wider region.

While this was a laudable first effort to curtail exports of minerals perpetuating the onslaught of armed groups, it also had a number of undesirable side effects. The EU Conflict Minerals Regulation specifically seeks to build on those lessons and provide a more holistic approach to conducting due diligence. At that, the EU Regulation succeeds at being at the same time both more specific, and more broadly applicable than its US counterpart.

The lessons from Dodd-Frank.

Dodd-Frank was enacted as a part of sweeping consumer protection legislation, following the financial crisis of 2008. It compels US companies importing 3TGs to conduct due diligence of their suppliers in order to find out whether their sourcing practices contribute to armed conflict in the DRC.

That due diligence has to be documented in reports, which are filed with the US Securities and Exchange Commission (SEC) and publicized. In 2012, the SEC endorsed the OECD Guidelines as a tool to conduct due diligence in accordance with Dodd-Frank. This Act was the first law of its kind, and was adopted in the world’s leading economy with companies such as Apple and Google under its jurisdiction.

It brought the issues around responsible mineral sourcing to the forefront and sparked other initiatives to improve the situation of miners in the DRC and elsewhere. Dodd-Frank also raised expectations from consumers who, now alerted to the problem, began to ask questions about metals’ provenance.

However, the narrow geographic scope of the Act turned out to be a problem.

Many companies simply stopped sourcing from the region altogether in order to avoid running the risk of sourcing from an illicit source. This inadvertent boycott of the region became a boon for mineral smuggling, which in turn benefitted the very armed groups the Act was intended to address.

In a 2013 hearing in the House of Representatives on the unintended consequences of the law, the chairman of the responsible House sub-committee pointed out that “many Congolese activists remain concerned that Section 1502 has had a significant adverse effect on innocent bystanders in the DRC and that the result has been a de facto embargo on all minerals originating from the DRC and from surrounding areas.” This, of course, was not what the law set out to achieve.

All this portrays that Dodd-Frank, while being well-intentioned and a pioneer of due diligence legislation, was designed to mandate reporting, and that reporting does not necessarily enhance responsible sourcing. What is more, as we pointed out in an earlier blog, the last US administration even scaled back some of the Act’s provisions, and the SEC ceased enforcing parts of the provisions. The recently inaugurated administration is expected to reverse this action.

This is where the EU Regulation enters with a more comprehensive approach.

The EU Conflict Minerals Regulation — building on the lessons learnt?

The EU Conflict Minerals Regulation has been widely informed and influenced by Dodd-Frank. Both are covering 3TGs and seek to curb the financing of conflict through mining. Both impose due diligence obligations on importers of raw materials and endorse the OECD Guidelines as the appropriate approach to conduct it.

The first big difference is how they define a CAHRA. For Dodd-Frank, a CAHRA had a clear geographic scope: the DRC and its nine neighboring countries. The EU Regulation in Article 2 defines CAHRAs as “areas in a state of armed conflict or fragile post-conflict as well as areas witnessing weak or non-existent governance and security, such as failed states, and widespread and systematic violations of international law, including human rights abuses”.

This takes away the focus on geography and delegates the decision about whether or not a region is a CAHRA to the importing companies, thereby compelling every importer to perform due diligence, regardless of the area they are sourcing from.

The EU commissioned RAND Europe to publish an indicative, non-exhaustive list of CAHRAs. The recently-published list includes 27 countries or their respective subnational administrative entities. It will be regularly updated and serves merely as an orientation, rather than a conclusive mandate, for due diligence. Another resource will be the so-called White List of global smelters and refiners who are sourcing responsibly. Such a list, published by the Responsible Minerals Initiative, already exists. However, when endorsed by an executive body such as the EU Commission, it will undoubtedly have an even greater impact in boosting those smelters that source responsible, and motivate others to follow suit.

As such, it also serves to further an enhanced understanding of due diligence, both for upstream and downstream companies. More broadly, the EPRM also sets out to connect supply chain actors in fostering the inclusion of Artisanal and Small-scale Mining in the market. Its website offers a due diligence check, part of a wider due diligence hub, that offers resources to companies across the entire value chain.

It also includes calls for proposals and financing of projects, supporting producers directly on the ground. Currently, the EPRM is implementing projects across the globe, including in Bolivia, Burkina Faso, Kenya, and Indonesia. Moving forward, this will ensure a broad range of global experience, no matter how countries are categorized in the CAHRA list, and will improve upon general compliance and best practices.

Taking a step back, it is evident that the EU’s framework endeavours to take a holistic approach which includes: 1) obligations to conduct due diligence; 2) guidance and recommendations on how to do it — without defining boundaries; 3) initial steps to include upstream actors in the conversation.

All these points give the EU regulation a much broader scope than the design of Dodd-Frank. In addition, it also allows conflict mineral customers to more accurately determine risk.

Let’s return to the question of geographic delineation, by way of example: of the DRC’s nine adjoining countries, only three (the Central African Republic, South Sudan, and Burundi) are included in the EU’s indicative, non-exhaustive CAHRA list — the DRC of course being classified as such as well. The other six neighbors (the Republic of the Congo, Uganda, Rwanda, Tanzania, Zambia, and Angola) do not reach the benchmark of a CAHRA as defined by the European Regulation.

Now, this does not relieve producers in those areas from demonstrating responsible sourcing. Nor is it a free pass for companies who buy minerals from the region not to scrutinize the documentation anymore. But it does lift the onerous burden of a “conflict” label. Countries like Rwanda have argued for a long time, and rightly so, that there is no conflict within their borders, and thus the designation as an area of conflict is unwarranted.

Now the “conflict” label has been lifted, but the due diligence requirements remain in place.

We have looked at both legislations and found similarities and differences. The EU’s legislative text builds largely on fundamentals established by Dodd-Frank, namely, the selection of the minerals in question, the use of the OECD guidelines as a tool for due diligence, and the inherent goal of curbing conflict financing through mining.

The differences stem mostly from the additions to the European legislation, namely the list of CAHRAs, the White List of smelters and refiners, and the EPRM. These additional instruments have the potential to pull more actors, both upstream and downstream, towards more responsible sourcing practices, regardless where on the globe or in the supply chain they are. It has yet to be seen how these instruments will play out when they are actually used, but nonetheless, this more holistic approach seems set to yield better results in actually improving the situation on the ground, fostering the work of responsible actors, and enabling more companies to adopt responsible practices and document them accordingly.

Christian is a Project Manager for Minespider, focusing on tin traceability with our partner LuNa Smelter in Rwanda. He has a keen interest in local-level human rights & environmental impacts and holds a Master's in International Affairs from the Hertie School of Governance. In his free time, you'll find him hiking or playing handball. 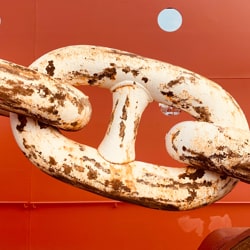 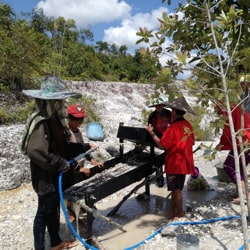 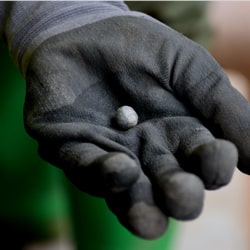 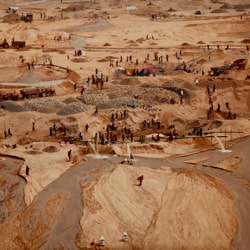 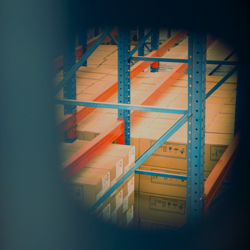 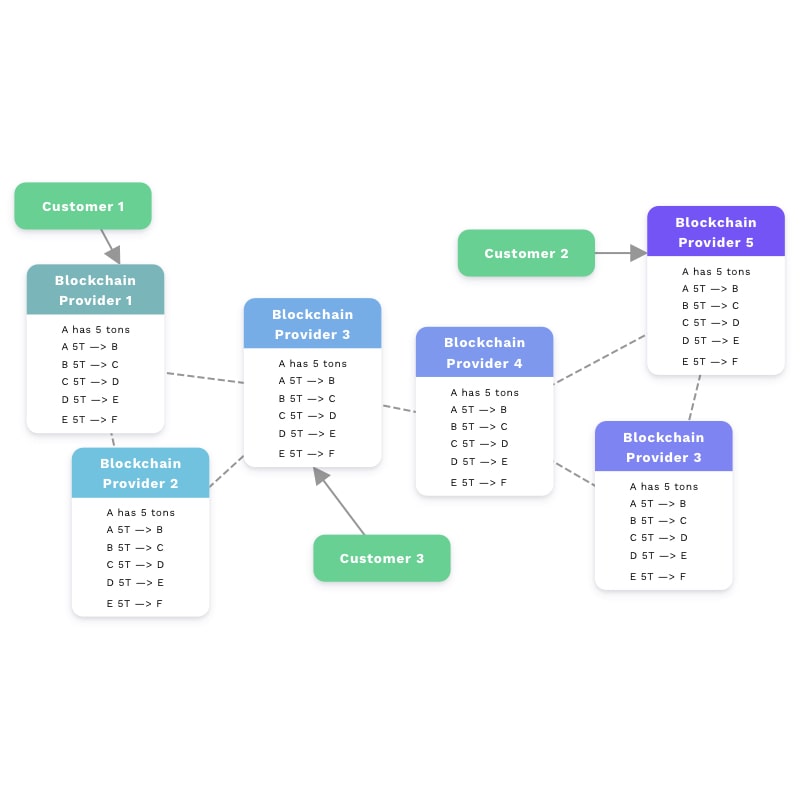